Australia Could be 1,000% Renewable, Says ARENA 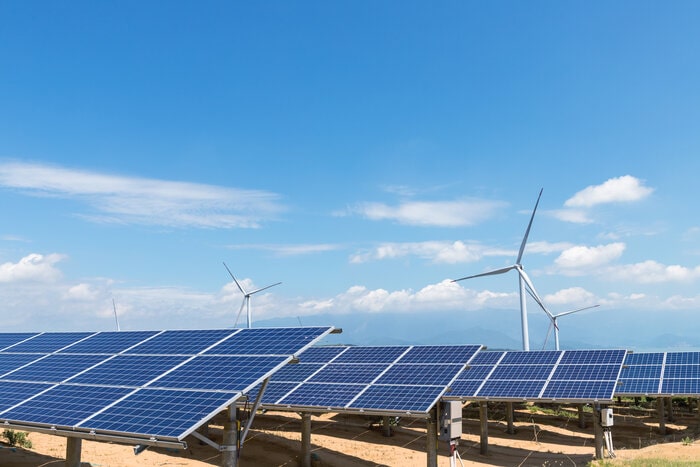 If Australia makes the most of all its renewable power resources, it could become 1,000% renewable and be a global energy giant, according to Australian Renewable Energy Agency CEO, Darren Miller.

Miller told RenewEconomy’s Energy Insiders podcast back in 2019 that Australia could produce seven times as much electricity from renewables than it uses, channelling the excess into creating zero-emission fuels.

More recently, however, Miller has really thrown down the gauntlet by claiming that the country could produce ten times as much renewables energy than it needs or uses.

An electrifying future for Australia

Miller told the Australian Energy Week conference at the end of May that he can see a future in which the country produces thousands of terawatt hours of renewable power, anything from five to ten times the demand. At the moment, Australia produces 200TWh each year.

This power, said Miller, will provide zero-emission heat, light and cooling to homes and businesses, as well as power transport networks and heavy industries. This power will come from solar and wind and it’ll be connected to the nations grid or, in remote areas, to off-grid installations.

If the power industry can find the right balance of storage tech, as well as peak demand and transmission management, Australia could produce enough power to change its own economy and send clean energy to other countries.

The main driver behind building extra renewables capacity is so Australia can export it overseas. It could also be possible to convert parts of the economy, such as heavy industries, to renewables instead of allowing them to carry on relying on fossil fuels.

Having a permanent excess of power, as well as an overbuilt production capacity, will allow Australia to avoid a lot of the complications that come with the variability of natural resources like solar and wind. If there’s an unusually cloudy day that reduces solar output by 10%, for example, the fact that solar is already overproducing by, say, 30% means that the grid stays stable.

Cleaning up the iron ore business

While Australia supplies just 0.3% of the world’s steel, it produces around 40% of its iron ore, which is the main ingredient in steel. Extracting iron from its ore has always been a messy business, but using hydrogen – produced by renewable energy – could well be the ideal solution here. Hydrogen will combine with the oxygen atoms in the iron ore to form water, leaving a purer form of iron which, using electric arc furnaces, is turned into green steel.