Australians Moving to Batteries as Their Feed-in Tariffs Fall 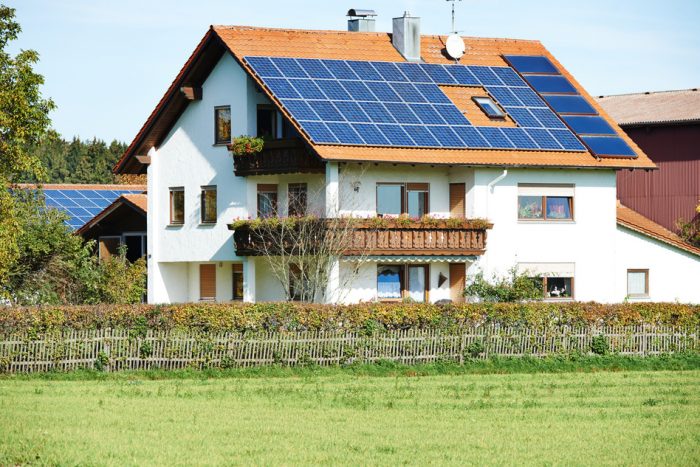 Energy retailers are slashing the feed-in tariffs they pay to households for their solar-generated electricity. This move has not proved popular and in response many Australians are installing storage batteries to keep their excess power for themselves.

One solar retailer said it had seen a rise of 223% in battery installations over the last 12 months, with another reporting a similar rise of 221% over the same period.

FITs at a historical low

Feed-in tariffs are already at an all-time low and they’re only getting lower. Energy Australia reduced its NSW tariffs earlier this month, from 9.5c to 7.6c per kWh, for example. Lots of households are trying to reduce their reliance on these sellers and so they’re turning to storage solutions to cut their bills.

Solar batteries store any excess electricity that’s produced during the day so that households can use it at night rather than buying it from their provider. It’s a fairly new tech, but it’s attracting a lot of interest, especially among Australians looking to control their energy spending, with Tesla’s Powerwall 2 being the most popular option.

There’s a definite move to storage as a result of the cuts to feed-in tariffs. Energy Matters CEO Roshan Ramnarain said that as storage becomes cheaper, with interest-free loans and government subsidies, customers will increasingly opt for storage.

Consumers are realising, he added, that their panels can do more for them than just feed back into the grid – they can offer them a degree of independence from the energy retailers, as well as more control over their power generation and consumption.

Sydney resident Alexander Pain said he realised that the power coming from his panels is worth more to him than to his power company, Energy Australia. The company told Mr Pain at the end of September that his FIT was set to drop and that this was the impetus he needed to finally buy the Powerwall 2 he’d been thinking about.

Are batteries still too expensive?

Even though the enquiries are flooding in, many interested customers still feel they can’t afford the storage solution. There may have been predictions of a 30% drop in price, but this hasn’t happened yet and so many households are holding out for it.

The prices of solar storage batteries are dropping slowly, as production is increasing and demand is also rising. Mr Ramanarain of Energy Matters believes that the costs will fall noticeably over the next two or three years, especially with the increasing adoption of electric vehicles.

Households can still shop around for good deals

Households who can’t quite run to a battery just yet can still comb through the FITs offered by different retailers and switch to a provider that can pay that little bit more per kWh.

There are also solar battery rebates and incentives

Finding a good rebate or incentive programme could prove the tipping point for some households. Some states offer upfront rebates to reduce the initial cost of the battery and there are other incentives that offer financial rewards for easing the load from the grid.

In South Australia homeowners can get battery rebates of up to $3,000, plus the opportunity to join a virtual power plant (VPP). Joining a VPP means the household gets power bill credits in return for the energy company using its battery capacity.