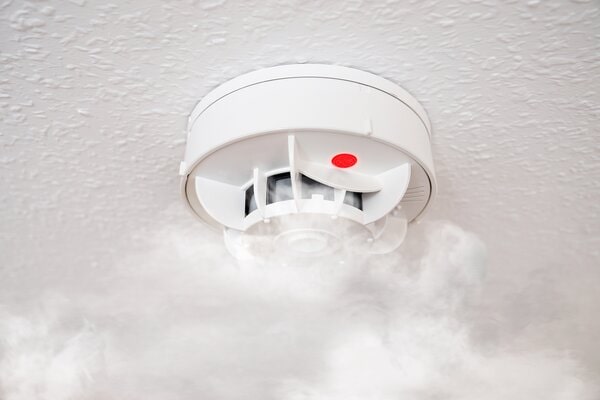 The next phase of new smoke alarm legislation will help to make households in Queensland the safest in Australia when it comes to early smoke and fire detection.

The ten-year legislative programme started back in 2017 and is due to be fully implemented by 2027.

To be considered to be interconnected, the smoke alarm network must be fitted in all bedrooms, in the hallways that connect bedrooms with other areas in the dwelling and also on every level of the dwelling. In this way, everyone can be alerted to the presence of smoke as soon as possible, no matter where they are in the building.

The legislation is moving into more dwellings

From January 1, 2022, all domestic dwellings, leased or sold, must have a system of interconnected photoelectric smoke alarms.

From January 1, 2027, all other domestic dwellings in Queensland must have this type of smoke alarm system installed.

What’s the difference between photoelectric and ionisation smoke alarms?

Ionisation smoke alarms are the most common form of the smoke alarm and they’re excellent at detecting fast-moving fires with lots of flames rather than smouldering fires. They work by using a small amount of radioactive material – americium – in a sensor chamber. The americium ionises the air in the chamber, which as a result becomes electrically conductive. Current flows freely between two electrodes until smoke particles get into the chamber, interrupting and reducing the current. When the conductivity falls to a particular level, the alarm will activate.

These alarms use pretty much the same principle as the ionisation alarms in that there’s a light-emitting diode (LED) in a chamber which “sends” light to a sensor, also in the chamber. When smoke particles enter the chamber they scatter the light, reducing the amounts that get to the sensor and once this reduction hits the necessary levels of light, the alarm will go off.