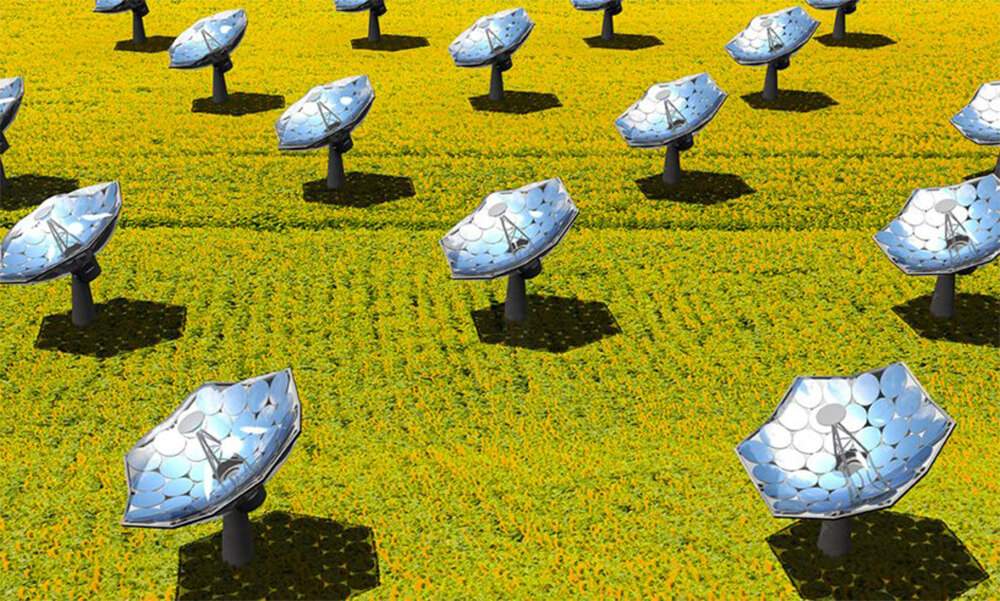 We all know how plants bend and twist towards the sun – a response known as phototropism – and this allows them to receive as much sunlight as possible throughout the day. Scientists have developed a photosensitive artificial sunflower solar panel that can mimic phototropism to collect as much solar power as it can – up to 400% more than static panels.

These new panels, dubbed SunBots by the developers, are micro-sized – less than a millimetre in diameter – and they’re made from materials that contract and expand in concert to bend the business end (as it were) towards the light.

The team at UCLA believe that by pivoting and tracking the sun, these tiny panels can gather solar energy much more efficiently. Consumers can already buy tracking panels – these panels angle towards the sun on one or two axes and garner 15-30% more power than static panels.

Not just light, but heat

The UCLA team headed by Ximin He are hoping that their “biologically-inspired materials” will mean that large arrays of solar collectors can be installed in residential areas and shopping centres without being too intrusive or obvious. They may even have an attractive appearance, as well as a purpose.

As well as light, these miniature sunflowers also collect and store heat. While the sun is shining, they’re generating electricity in real time, but these tiny collectors can also gather and store heat for later use. The cells are surrounded by a liquid or gas which can trap, store and conduct thermal energy; this energy can be transferred as needed after the sun has gone down.

As the SunBOTs are significantly more efficient than even tracking panels, are much smaller, and can gather thermal energy as well as solar, they could be used in spaces and areas where conventional solar panels aren’t desirable. For example, in a small, irregularly-shaped corner, an area where there’s more radiant heat than light, or somewhere where maintaining an attractive aesthetic is important.