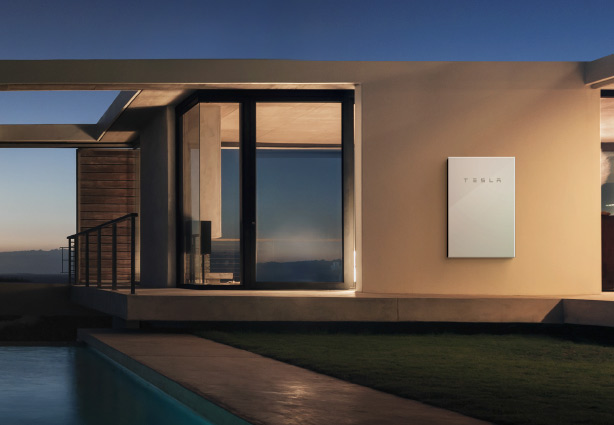 If you have a home solar battery then you’ll use it to power your appliances after sundown or on days when there’s not much sunlight anyway. For some people having a battery is more about independence and going greener, whereas for others it’s a financial decision.

Having a large enough solar array and solar battery storage means you can substantially reduce your power bills by becoming less reliant on the grid and also from gaining some credit from a feed-in tariff.

There are three main ways to bring in solar power to your home.

Connected to the grid and with solar panels

This is the most common set-up at the moment. The solar panels power the home during daylight hours, but at night, on overcast days or during times of high usage, electricity is drawn from the grid.

Connected to the grid, with panels and a battery

This combination has solar panels for daytime power, as well as a battery to store any excess electricity, as well as grid power for when the battery is depleted or there’s high usage.

All of this set-up uses renewables – including possibly wind power. The battery is the main source of power at night and on darker days, with some people choosing to have a diesel generator as a last resort.

Off-grid systems are more complicated and need a lot more panel and battery capacity to be effective. It’s also important to manage the load during the day and to be very energy-efficient. Most properties that are totally off-grid are quite remote.

What to look for in a battery

Thisis how much energy the battery can store, usually measured in kWh (kilowatt hours). There’s a nominal capacity and a useable capacity, which is what can be used after the depth of discharge is taken into account.

The depth of discharge

The depth of discharge is the amount of energy that can be used up without speeding up the battery’s degradation. Most batteries need to retain some charge, with lithium batteries needing to retain 10-20% and lead-acid types needing 40-50%.

This is how many kilowatts the battery can provide.

Some power is always lost between charging and discharging. Lithium batteries are around 90% efficient, meaning they only lose 10% of the power they’ve stored.

The number of cycles

A battery has a maximum number of charge and discharge cycles before it reaches the end of its useful life. Lithium batteries have a lifespan of several thousand cycles.

Batteries have their optimum operating range and can shut down in extreme temperatures.

The types of battery available

This is the most common type; smaller versions are found in laptops and mobile phones. They have several thousand cycles in them and can be deeply discharged. They’re also good in a wide range of temperatures and usually last for ten years or so.

The downside is that they’re hard to recycle as few programmes exist for this. It’s likely that this situation will improve in the next few years.

Lead-acid batteries are found in many cars and we’re very familiar with this tech. Unfortunately, these batteries aren’t as efficient as lithium-ion and they’re also more much bulkier.

They are, however, fairly cheap and have well-established recycling processes. Their downsides are that they don’t do well in heat and they’re slow to charge.

A new and promising alternative to lithium-ion batteries, these use electrolytes and chemical reactions to store and release energy. They can be 100% discharged and don’t lose their capacity over time. They’re also good in heat, easy to recycle and long-lasting.

They are expensive, however, and don’t do well below 15C, as well as needing regular and disruptive maintenance.

Is a home battery worth it?

At the moment, for most households, batteries are a bit too expensive, costing as they do between $8,000 and $15,000 (including inverter). In the next two years, however, with reductions in prices and improvements in tech, the outlay won’t be so high and the tech will be more reliable and efficient.

If you are thinking of installing a home battery, make sure you use a reputable installer and check out all the warranties that apply to the system. You may also be eligible for a government rebate which will help you with the costs, especially if you live in Victoria, Queensland, South Australia and the ACT.

It’s also important to factor in the feed-in tariff you’ll receive for any power you export to the grid from your panels. If your excess power goes into your battery, you’ll lose some or all of this tariff, so you need to do the maths.

Social Energy Comes in to Drive Down Bills
September 16, 2021