How Solar Can Save the Koalas 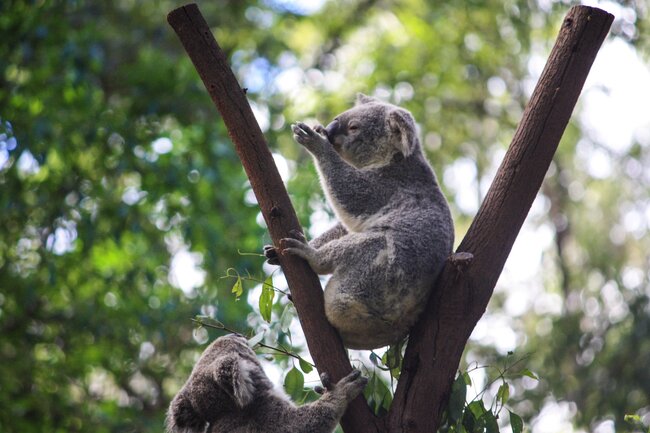 Last year’s devastating bushfires injured, killed and displaced more than 60,000 koalas, but thanks to a new project from University of the Sunshine Coast, these loved animals could be much safer in future.

Koala ecologist Dr Romane Cristescu and her team developed the solar-powered ear tags after finding it tough to locate injured koalas in the aftermath of the 2019-20 summer bushfires.

Dr Cristescu said it was like trying to find a needle in a haystack to look for survivors and the rescue efforts took several days. One of the problems faced by rescuers was the short range of the existing Bluetooth tags fitted to koalas. These tags have a range of just 20-30 metres, making it harder to track and pick up the animals.

The team’s brains, plus some funding from World Wildlife Fund for Nature-Australia (WWF), led to the development of tags with very high frequency (VHF) tech which can be detected for hundreds of metres.

Koalas easier to trace and pick up before and after fires

The PV-powered tag will last as long as the koala does and it’ll make it much easier and quicker for ecologists to locate and rescue both before and after a fire hits their habitat.

It also makes it easier to check up on them in the months after they’re released back into their home. Rescue teams perform checks on the koalas after they return home to make sure they’re healthy and getting enough to eat, picking them back up if they need a bit more help.

The ear tag project is just one of nine helped by WWF’s $1.32 million Regenerate Australia project package. The project has several aims, including the doubling of the east coast’s koala population by 2050.

Other projects include the construction of temporary wildlife homes made from cardboard and a study to look at how wombat burrows help animals to shelter from bushfires and predators.

Dermot o’Gorman, WWF-Australia CEO, said that the Regenerate Australia project was helping to reimagine the solutions to the problems facing the country’s wildlife and plant life. He added that bold new ideas were vital to restore habitats and species and to increase their resilience in the face of a changing climate.