Most EV Owners Have Rooftop Solar, with Car Charging a Big Driver 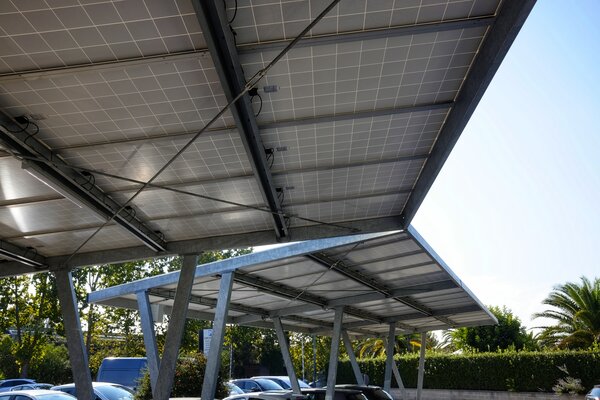 Terrible puns aside, it seems that owning an EV is a major reason for eco-conscious motorists in the Sydney and Hunter Valley to install solar panels on their roofs.

Most EV owners in these areas have rooftop solar, according to a 2020 survey by power distribution company Ausgrid, with a third saying they went solar so that they could charge their new electric vehicles.

The Ausgrid customer survey found that 25% of EV owners also have a household battery and out of the householders who don’t yet have rooftop solar, two-thirds are thinking about it, as well as about a battery.

Around 60% of EV-owning households have rooftop solar, with an average capacity of 6.9kW and a quarter have battery storage- on average 15.5kWh. Around a third (30%) of householders with solar and 22% of battery owners told the survey that they’d installed this tech specifically so they could charge their electric car.

More than three quarters (78%) of the regions’ EV owners live in freestanding houses, with 83% of the households in the survey being couples, half of whom have children. Most have annual household incomes of more than $100,000.

How many kms are these EVs doing each year?

Almost two thirds (62%) of the survey respondents said they’d installed their own EV charging equipment in their home and that this equipment was dedicated to the car. Of the respondents installing dedicated charging tech, 77% said theirs was Tesla. A third of the EV drivers in the survey said they lugged an adaptor cable into an existing electricity outlet instead.

Most of the respondents (83%) said they charge at home, with 67% saying almost always and 16% charging at home fairly often.

Just over half (51%) of the survey said they tended to charge whenever it was convenient to do so, which is at least every other day. Not many drivers leave their battery to get low on charge, with just 10% of the respondents saying they let their car batteries run down.

Ausgrid said that these findings point to a “top-up” mindset for many EV drivers. This could be because of the convenience of a home charger or it could be because drivers like to have a certain number of miles in the tan (as it were) all the time.

More than half (56%) of the drivers surveyed said they used timers to control the charging of their EV and 78% of the drivers said they were OK with utilities controlling the charging process on peak days and times. Most drivers in the survey were well-informed about saving energy and were happy to take part in a demand management programme, with 51% saying that a $10 rebate per demand event was worthwhile.