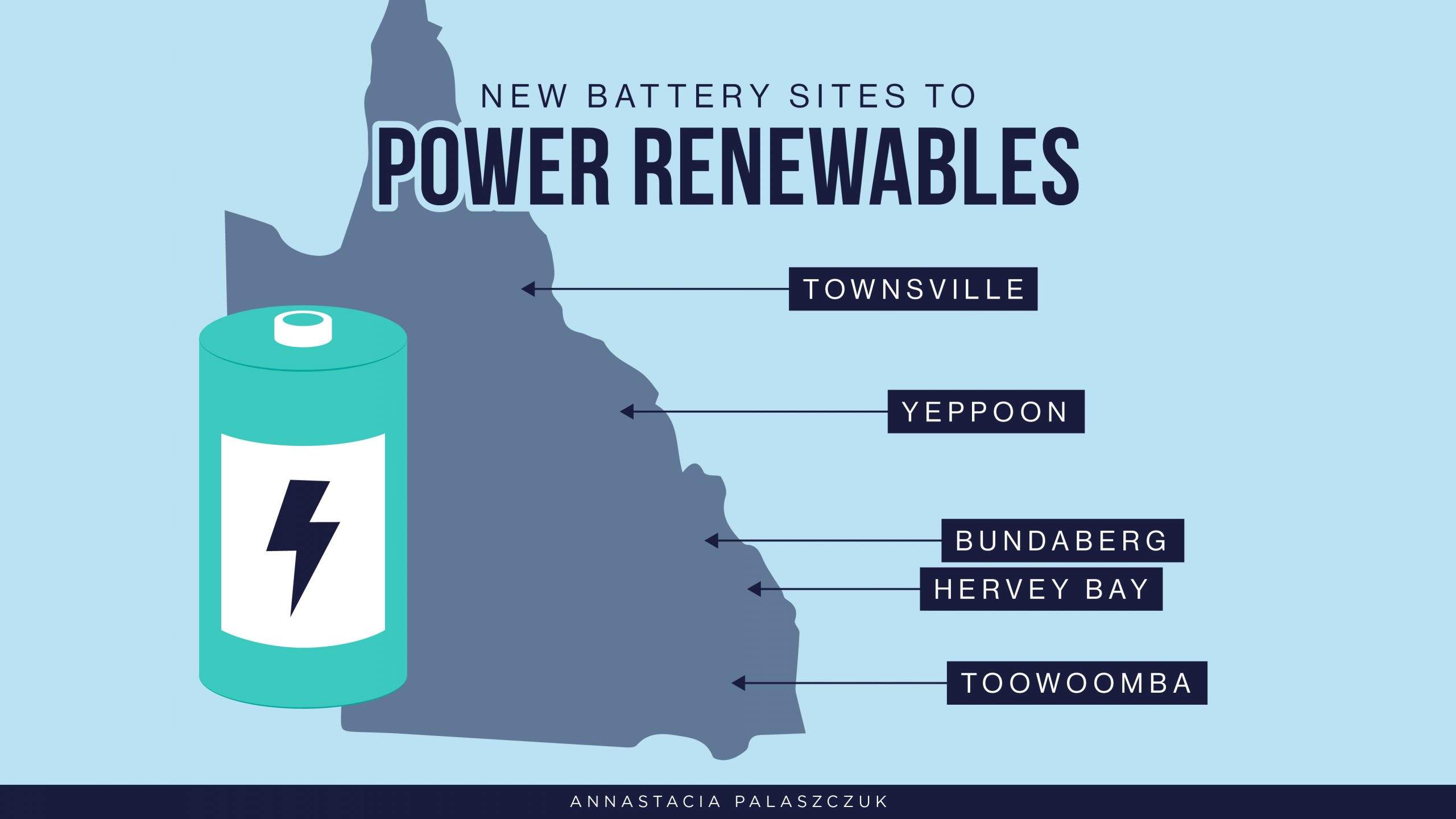 The Queensland state government made a big announcement at the end of March about its plans for renewable energy. The Premier, Annastacia Palaszczuk, has revealed that the state will be trialling five new solar battery storage sites.

Palaszczuk said that the five sites, which will all be connected to the network, are to be at Hervey Bay, Bundaberg, Townsville, Yeppoon and Toowoomba. In total, the sites will be able to store up to 40MWh.

These developments are, according to Palaszczuk, necessary for the future of the state’s electricity security. Queenslanders are installing solar on their properties at record rates, with the state being one of the world leaders in solar uptake. Around one in three Sunshine State residents who live in detached buildings have rooftop solar.

Using the sun in the right way

Due to this huge uptake of PV, it’s vital that Queensland uses this renewable resource intelligently and that the network can keep up with the demand.

One way to get the most out of the sun is to store any excess power generated by QLD homes during peak-sun hours so that it can be released to the market during peak-demand hours.

The sites’ locations are:

Mick de Brenni, Queensland’s energy minister, said that this newly-connected network would help make any future upgrades and developments to the state’s transmission and distribution networks easier. Another benefit he mentioned was the potential for new jobs at local manufacturing companies as well as downstream opportunities for local businesses.

More batteries could be following

If these trials prove to be successful, de Brenni said there’d be more batteries installed, bringing Queensland closer to its target of 50% renewables by 2030.

The five sites, all owned by Energy Queensland, were identified as ideal for the trials as deployment can happen as efficiently and rapidly as possible. The sites are also where there’s the highest levels of PV uptake on the QLD energy network.

In the future, if the trials go well, Energy Queensland may deploy more distribution batteries at more locations state-wide. At the moment, renewables make up around 20% of the state’s energy mix and it’s hoped that this proportion will double – and more – taking Queensland to its 50% target by 2030.

Batteries are becoming a bigger priority across the nation

Queensland’s battery network announcement comes not long after South Australia and Victoria made a lot of progress with this technology.

The best-known example of a grid-scale storage battery is the $91 million Tesla Battery in Hornsdale, SA. Tesla boss Elon Musk made a bet with SA that he could install a 100MW battery system and get it running within 100 days to help the state out with its electricity problems.

Musk won the bet and the Hornsdale battery went operational on December 1 2017 and recouped almost a quarter of its initial investment costs within its first six months. From then on, it’s been a huge help in stabilising the SA grid, which was plagued by outages.

South Australia also became, in 2020, the first region in the world to produce enough renewable energy to power itself entirely.