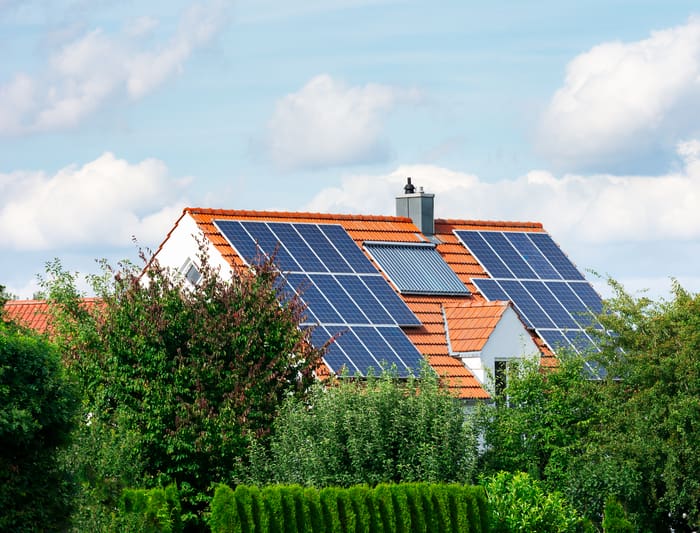 Australia’s rooftop solar systems are gathering at such a pace that they’ll meet up to 77% of the total grid demand at peak occasions by 2025. This will drive minimum operating demand down to levels that were unthinkable in the recent past.

The Australian Energy Market Operator (AEMO) says that domestic and commercial rooftop solar is set to add almost 9GW to its existing 14GW within five years.

This influx will have a huge impact on the grid

The sudden influx of solar will have a huge effect on energy demand and prices, as well as on the operation of the grid. The amount of solar alone could count for up to 77% of the total electricity demand at certain times in the four mainland states in the National Electricity Market (NEM), which are SA, Vic, QLD and NSW.

This drop in demand is a big concern to the grid operator, which is used to worrying more about managing spikes in demand and maintaining service during these “rush hours” rather than dealing with lows.

The system will need more operational tools or the mainland NEM might not be able to function securely all the time from 2025 as there’ll be a lack of security services when grid demand is low. Under unusual network conditions – outages caused by bushfires, for example – these periods of insecurity might start to happen before 2025.

Westerman says that one of rooftop’s biggest issues for the AEMO is its relative lack of operational visibility. There’s also its inability to orchestrate, predict and manage its output.

Some proposals to solve the issues have been suggested and some are a bit controversial. One is the facility to switch off rooftop input when AEMO sees there’s too much for the grid’s security. Another is the introduction of dynamic exports, with control over household loads.

These measures involve a sea-change in the way we think about renewables and solar, especially on the part of consumers. Retailers and suppliers will have to earn “social licence” from customers in order to impose these measures and everyone will have to accept that the energy market and its systems will be changing hugely.

The steps needed to manage this energy transition include:

With grid demand falling so sharply and solar more than taking its place, another challenge is to find a use for all of the excess electricity.

One option is the Snowy 2.0 hydro plant, which should be online by 2025, but the amount of power it’ll use to pump water from the lower to the higher reservoir won’t make too much of a dent.

This leaves us with battery storage, at grid, community and individual household scale. Most households won’t, at present, see battery storage as a commercial issue, so developing new functions, such as feeding excess battery storage into the grid for money, could be a winner.

Feeding excess household-generated electricity into the grid on a larger scale will need the widespread development of virtual power plants (VPPs), as well as the infrastructure to manage these plants. There’s some disagreement over how these VPPs will be arranged and metered, but a solution is only a matter of time.

There could be new homes in hydrogen and industry

More “demand flexibility solutions” could come from diverting electricity into the production of hydrogen and other industrial processes, as well as electrifying more public transport.

The AEMO believes there’s 21GW of battery storage and 6.3GW of medium to long-term duration storage projects in development or in discussion throughout the NEM.

It also says that there are 10 or more green hydrogen projects – which will need electrolysers – of at least 100MW capacity on the way and it’s likely that electric vehicles will be widespread by the end of the decade. Together, hydrogen and EVs could add up to an extra 87TWh of demand.

The AEMO is keen to promote social licence, keeping energy consumers front and centre of the transition and its outcomes. Consumers use their DERs to heat and cool their homes, bring down their energy bills and charge their electric cars; they don’t just blindly feed their excess power back into the grid.

In the past, the AEMO has managed a power system that’s been supplied by centralised generators, but that’s about to change. A significant amount of generation is going to come from the consumers themselves and so it’s hugely important for the market and consumers to understand and trust each other.

The AEMO plans to involve consumers, stakeholders, networks and suppliers in a collaborative effort to find the best solution for all parties, but especially the customers as they’re also set to become producers.