Solar Batteries Could Bring an End to Fossil Fuels 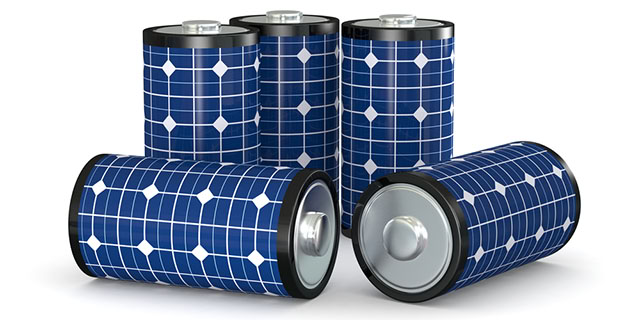 There’s no denying that wind and solar power have made huge strides in recent years, with some countries announcing that they are ready to go fossil-free any time now. The only thing that’s been stopping this relentless (and clean) march is that fact that the wind doesn’t always blow and the sun doesn’t always shine. This snag has been the tagline of the oil and gas industry for years.

This snag has been sorted out, though, with the advent and rise of solar storage batteries. For a relatively modest sum – $3,500 (US), people can install a battery system that delivers energy for a few cents per kWh, way cheaper than coal power.

These batteries are set to become cheaper as time goes on, especially as they become more widely manufactured.

It’s estimated that in the US alone – in domestic and commercial settings – that the entire US grid could be replaced by 160 million of the battery systems, and that these systems can be powered by the sun and the wind. If 2 billion of these battery packs were installed in the US, there’d be storage enough for 20 trillion kWh, which is enough to power the entire world!

Could we be seeing the revolution?

Look at cars. There are 2 billion of them on the roads right now, with 100 million new ones revving up each year. Cars are dirty, so if each new car has its own affordable and compact power storage system, that’s 100 million clean, cheap-to-run cars coming into play each year.

China is setting itself up to be the world’s biggest renewable superpower, having one of the world’s biggest PV arrays in place already, as well as the biggest manufacturing base for solar panels and wind turbines. Given time – and competition with the US and the rest of the world, China will be producing battery packs and panels very cheaply indeed. Cheap enough for everyone, in fact.

Even in Oz, with its bountiful sunshine, the oil and gas lobby has hidden behind the lack of solar storage, but this can no longer be the case. If Australia plays smart, it could be a world leader in the development of renewable and storage, all ready to compete on the post-fossil world stage!