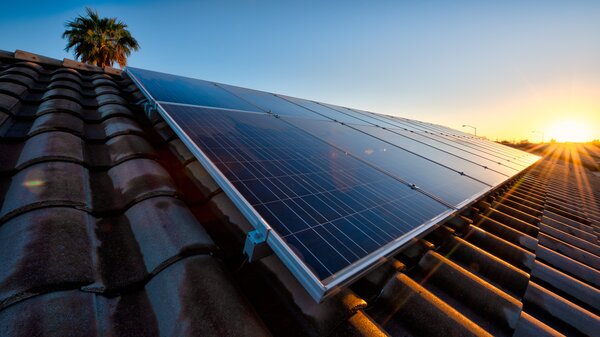 One of the few industries not affected by covid-19 has been the solar sector, according to the Australian Energy Council (AEC). The AEC recently announced that rooftop solar has become the nation’s second-largest energy generator, with 14.7GW of capacity from almost 2.9 million installations.

Record number of solar panels installed in 2021 so far

Sarah McNamara, chief executive of AEC, said that the pandemic hadn’t dented the growth of solar, and that all of Australia’s jurisdictions apart from NT, broke records compared to 2020.

New South Wales out in front

NSW was Australia’s largest solar growth state, with more than 116,000 installations and 965MW added to its rooftop capacity. This number is 31% of the nation’s total installations for the year and 32% of its new capacity. Queensland, Western Australia and Victoria brought in another 1,670MW with 212,000 installations, which was just under 57% of the year’s total.

The pandemic could have given solar a boost

The falling costs of solar tech, together with a move to working from home for many and increased spending on home improvements combined to make the 2020-21 financial year a bumper one for solar.

NSW is going the other way, however, with a strong uptick in solar-plus-battery installations giving the state a 27% national share. This sudden enthusiasm for SPB (as it’s known to its friends) is probably down to the NSW government offering interest-free loans on these systems.

Despite a slight increase in the cost of solar PV due to a disruption of polysilicon supply out of China, coupled with a strong demand of solar installations, payback periods continue to be low across most cities. The report says this further highlights the greater encouragement for customers to install solar PV.

There was a slight hike in PV prices in early 2021, due to high demand and also a disruption to the polysilicon supply from China, but despite this, householders in most cities are seeing low payback periods. This payback time offers householder more encouragement to go solar-plus-battery, says the AEC.