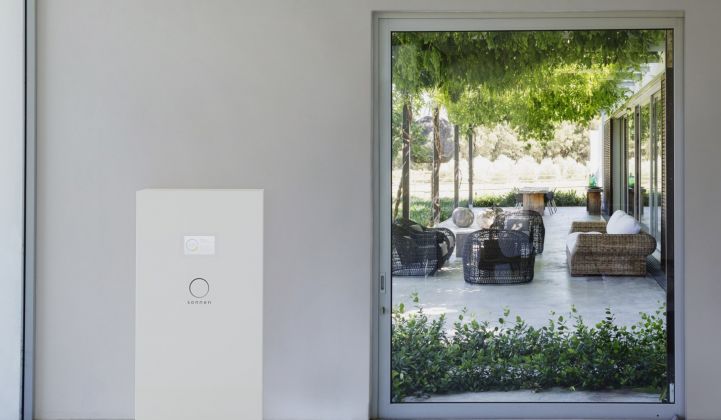 It might be just one family for now, but all the signs are pointing to zero bills becoming a reality for many Australian households if they install the German battery system and return their excess power to the grid.

Marc Ridey and wife Lisa (as well as their three children) are the first Australians to use the SonnenFlat battery system. The SonnenFlat stores energy from the sun in a battery and returns excess power to the grid as and when the grid demands it.

The Sydney family had already installed some 3KW solar panels several years ago and while this moved helped to reduce their electricity bills, they still paid just over $2,000 a year. With their new Sonnen system, as well as extra solar panels and a 10KWh battery, they hope to save more than $2,000 a year, which will reduce their bills to around zero.

Mr Ridey had been looking into solar batteries for a while and was attracted by the SonnenFlat’s great ROI. It’s especially important for the Ridey family as they have a five-bedroomed house, with several bathrooms and living areas, as well as their aircon.

Back at its home in Germany, Sonnen introduced its SonnenFlat scheme by installing 2000 systems into homes. The householders can use the power from the batteries for themselves, but Sonnen can draw on excess energy and give it to the grid on demand.

The company becomes the retail electricity provider to these homes and bills them each quarter for their usage minus the credits from using their excess power. Around 30,000 German homes now use the system.

Australian households can start to expect near-zero or absolute zero bills if they install a SonnenFlat system. This is despite the 20% hikes in electricity prices in the last year – and despite the fact that similar rises are expected for the next few years.

It seems that consumers are embracing the idea of solar batteries and making what was once a pipe dream come true.