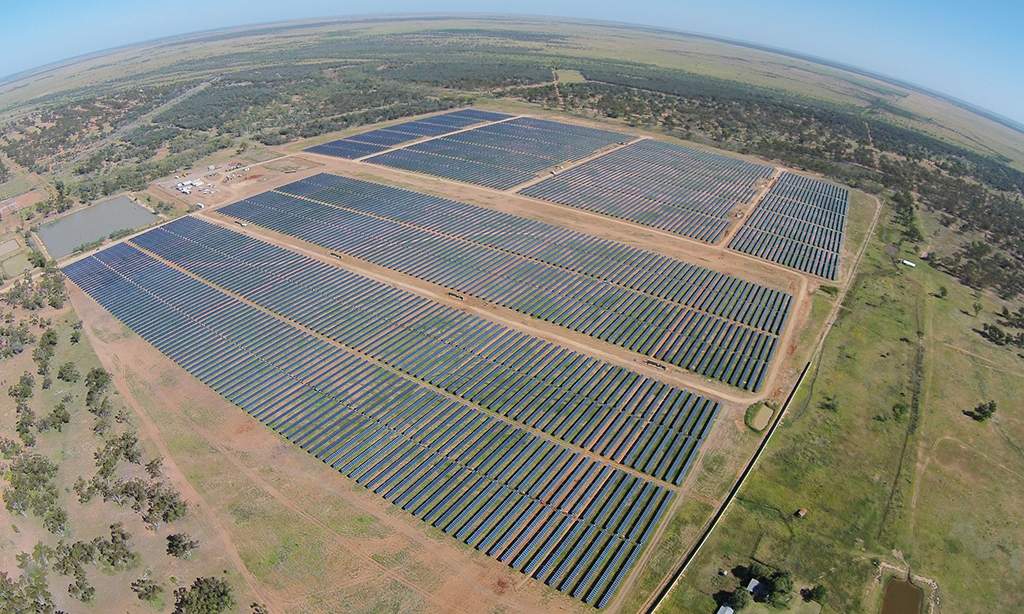 Solar power has become an increasingly popular source of electrical energy for families throughout Australia. As the benefits of renewable energy become clearer, so has the number of solar farms being opened throughout Queensland increased.

1 – Susan River Solar Farms: The recently opened solar farm adds approximately 95 mW of renewable energy to the Queensland grid. The 290,000 solar panels are attached to the state through an Ergon Energy substation, which is located on the solar farm premises. Once this solar farm reaches its full generation capacity it will be able to provide energy to approximately 40,000 homes in Queensland.

2 – Daydream Solar Farm: Located just north of Collinsville in North Queensland, the Daydream Solar Farm produces approximately 180 mW. This is enough to provide power to 55,000 households in the state. The 1,5 million solar panels that are operational in this large solar farm cover an area of 430 hectares.

3 – Sun Metals Solar Farm: This 124 mW solar farm can be found in Northern Queensland. With over a million solar panels spread across a 120-hectare property, this solar farm provides approximately 30% of the power needed to power the large Korean zinc refinery located in Townsville.

4 – Ross River Solar Farm: Another solar farm located near Townsville, Queensland, the Ross River Solar Farm can produce 148 mW of power from energy generated from the rays of the sun. This farm forms an integral part of the Townsville dram of becoming a solar-powered city. This 202-hectare farm produces enough power to light 54,000 homes in the surrounding area.

5 – Darling Downs Solar Farm: Found in Dalby, Queensland, Darling Downs has the potential to produce 110 mW of renewable energy. This is enough to provide power to around 45,000 homes in Queensland. This 200-hectare field with 430,000 panels is a significant producer of energy in the area which is abundant with sunlight.