The Premium Solar Inverters in Australia 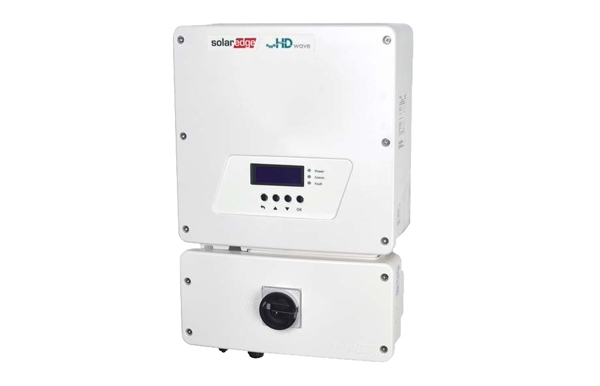 Your solar inverter transforms the DC electricity generated by your panels into AC power so that your household appliances can use it. Most inverters also monitor your system’s performance and give you feedback.

There are lots of different manufacturers of inverters and these makers also have several different models and sizes so that households can choose the one that’s best for them and their system. Even taking into account differences in size and spec, some inverters are better than others so to help you along, here are the four best inverters on the Australian market.

This is a fairly new inverter, but it also works as a storage battery, which could slash the amount of money needed to install a solar-plus-battery system. It also looks very futuristic and this type of hybrid inverter is set to catch on, it seems.

The ElektroBank is a lithium-ion phosphate battery, a PV inverter and a water heater controller all in one. These extra features aren’t just fancy gadgets, either, they all work together to reduce your energy bills. This inverter automatically adjusts charging vs discharging to make sure that you export the minimum amount of energy during your peak demand times.

There’s also a ten-year warranty on the ElektroBank so all in all, you have the best value solar battery available in Australia. The price varies with each installation but a 5kW should be around $1,500.

Fronius has been around for a while and it has an excellent reputation as well as a wide range of top-notch products.

The company is gradually phasing out its LCD interface and replacing it with two newer hybrid inverters – the 10kW Primo Hybrid and the 5kW Symo Hybrid came out last year.

These two products look very swish and slick and they both have a snap-in installation design. There’s also a newly-added DC isolator so they’re much more compact that previous iteration. You get WiFi monitoring as standard and you also get the Ohmpilot which uses any surplus electricity to heat your domestic water.

These inverters come with a five-year warranty which, if you buy online, doubles to ten years. You might find the price tag a bit intimidating, however, with the 5kW inverter costing a cool $2,500 – the most expensive at that size in Australia.

Solar Edge is known as a bit of an innovator and its HD Wave inverter comprises an inverter, solar panel and optimiser. The optimiser gives you more control over your energy, as well as more granular monitoring at module level.

That said, the package is surprisingly user-friendly, as well as safe, with its SafeDC feature. Solar Edge inverters also have smart tech embedded so you can spot and diagnose problems much more easily.

The Wave HD 5kW inverter is $1,700, which is well within the average price range and you’ll also benefit from a 12-year warranty – the industry’s longest.

Germany’s SMA Solar Technologies was seen as the market leader until Fronius came onto the scene. There’s nothing wrong with its products, though and you’ll still be buying premium inverters.

SMA has caught onto the fact that solar power products are increasingly about reliability and efficiency, as well as more control over output and usage, so it’s responded with a new range of single and three-phase inverters.

The new range of Sunny Boy inverters offers users remote controls, mobile apps and enhanced diagnostics. There’s a 10-year warranty, which is great, but the 5kW model is$1,950, which might seem a bit on the steep side.