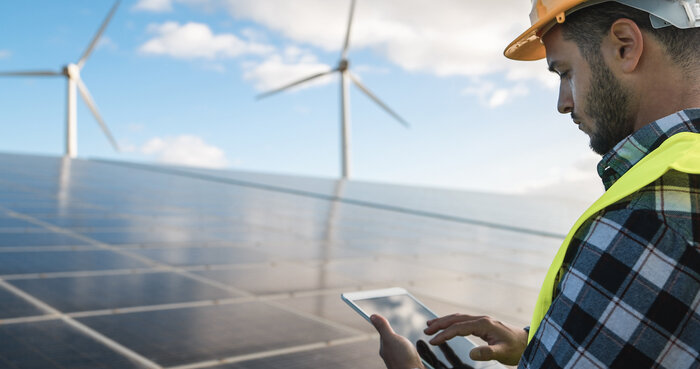 A sod turning in late September at the Pinkenba Renewable Energy Training Facility (RETF) started up a $23 million boost for Queensland’s renewables workforce.

These state-of-the-art training facilities will, according to state premier Annastacia Palaszczuk, help to prepare QLD’s workforce for the rise in renewable energy and hydrogen.

The state’s renewables industry is already worth $8.5 billion, she said, and the RETF will help it to meet its 2030 target of 50% renewables. Important training facilities like the one at Pinkenba will produce the trainees and apprentices Queensland needs to hit the ground running as worldwide interest in renewables and hydrogen soars.

Skills investment at the heart of QLD’s covid recovery plan

Queensland prioritised investment in skills as part of its $14.5 billion Covid-19 Economic Recovery Plan. The state has a large amount of solar and wind resources, making it a great place to produce hydrogen both for domestic use and overseas export.

Di Farmer, Minister for Training and Skills Development said that the RETF would attract new people into the industry as well as further the skills of workers and tradespeople already within it. Up to 300 students will have access to pre-trade, apprenticeship and post-trade courses, delivered by 40 teaching staff.

Ms Farmer added that it’s important for Queensland to have the right people ready for the growing hydrogen industry so that the state can take its rightful place in the boom.

The RETF will be offering electrotechnology and renewable energy training in class and in the field and it’ll be the only QLD training facility offering a Certificate IV-Electrical in Renewable Energy qualification.

Existing licensed electricians can also upgrade their skills at the RETF so they can operate within the solar and renewables sector.

More than $50 million in investment for renewables training in QLD

The state will see more than $50 million invested into training facilities to equip workers with the skills they’ll need to enter the rapidly-growing renewables and hydrogen industries.

The RETF will have a 17-metre high wind turbine, a 20-metre high climbing tower, a 30-metre high telecoms tower and a 54kW single-axis tracking solar system. The entire facility is to be constructed according to the world’s best practices in electrical, renewable energy and telecoms training, with the construction itself creating at least 40 jobs.

Mick de Brenni, Minister for Energy, Renewables and Hydrogen, said that Queenslanders understand how to create export industries and that the RETF would help the state become a renewable hydrogen superpower. The state’s renewable hydrogen industry is, he said, reliant on clean energy and would create a zero-carbon product for local industry, export and also transport.

De Brenni added that when Queensland started its previous energy industry, LNG supported the creation of 15,000 new jobs and that this was a good indication of the demand for skilled jobs in renewables.

By 2030, Queensland will be demanding several thousand MW of new renewables in addition to traditionally-generated power, so the energy construction jobs boom is ready to go, de Brenni said.

To further support the growing need for skilled renewables workers, the $100 million Equipping TAFE for Our Future initiative funded by the QLD government includes $10.6 million for a Hydrogen and Renewable Energy Training Facility at the Bohle TAFE campus in Townsville.

Electro Group Training will operate the Pinkanba facility and be responsible for its design and construction, which should start next June.