The World’s Largest Battery Installation Could Quadruple in Size 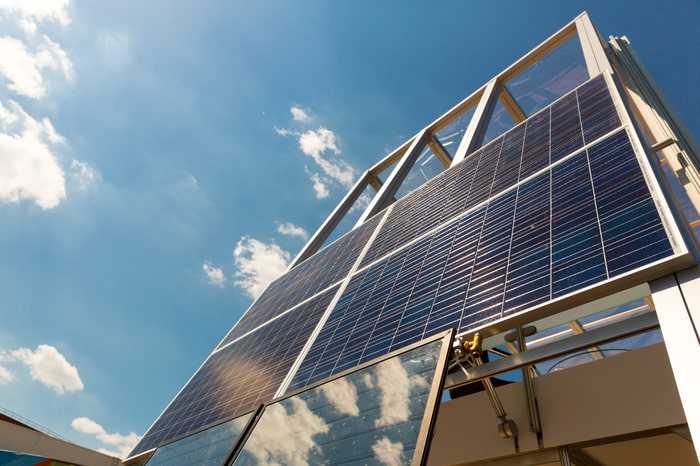 The company behind the world’s largest battery system says its facility could grow four times in size to keep pace with the storage market, which is growing alongside the amount of renewables in the California grid.

Energy company Vistra announced that it had finished a 100MW expansion to the Moss Landing energy storage facility to the south of San Francisco. This expansion takes the facility’s size up to 400MW and 1,600MWh – making it the world’s largest.

According to Vistra CEO Curt Morgan, the site’s expansion may not stop there, as it has the space for up to 1,500MW/6,000MWh.

California is, says Morgan, leading the US in its move from fossil fuels and the Moss Landing facility sets an example in how batteries can back up intermittent renewables to form a reliable future grid.

The Moss Landing site has a long-term “resource adequacy” deal with PG&E. California, says Morgan, generates an excess amount of renewables during daylight hours, but often struggles for power after sunset.

The Moss Landing battery helps to plug the gaps by storing up the excess power and exporting it to the grid when demand goes up in the evenings. The battery has four hours of storage, which is par for the course in the US, but twice the storage of most Australian big batteries so far. Big batteries in Australia have been built for grid services rather than storing huge amounts of power up to now.

As the Australian grid looks towards renewables – solar in particular – the nation’s big batteries will start catching up to those in the US in terms of hours.

Many battery storage proposals in Australia are already edging towards the two-hour storage mark. Still others, including the big batteries planned for former fossil fuel sites such as Yallourn, Torrens Island and Liddell, aiming for four-hour capacities eventually.

The 250MW Torrens Island battery, currently under construction in SA, will begin life as a one-hour battery to provide grid services and frequency response, before it’s expanded to four hours of storage.

Moss Landing stole the world’s biggest battery crown from South Australia’s Hornsdale Power Reserve. The Hornsdale site started off as a 100MW/129MWh facility before it grew to 150MW/194MWh. Despite its growth, Hornsdale is still used for grid services to help to maintain stability.

The owner of Hornsdale, French energy company Neoen, is building what’s set to be Australia’s new biggest battery – the 300MW/450MWh Victoria Big Battery near Geelong. This battery will also focus on grid services, in particular allowing the market operator to expand the peak time capacity of the main link between Victoria and NSW.

The Victoria Big Battery was originally planned to start operations in December, but has been delayed while investigations into a fire are carried out. The fire, at the end of July, destroyed two of the 212 battery storage containers which were to be installed at the site.

Australians Moving to Batteries as Their Feed-in Tariffs Fall
November 18, 2021