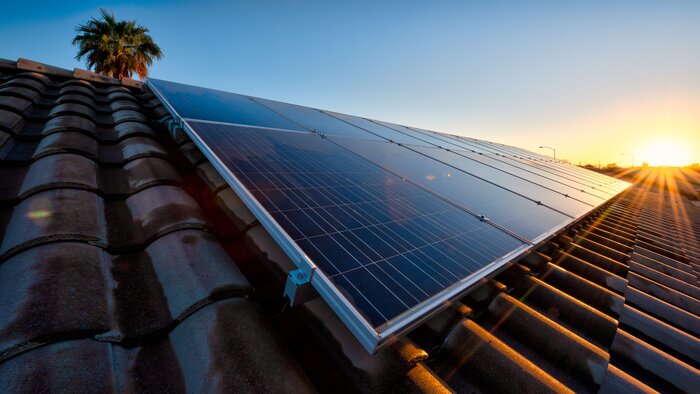 Vulnerable Australians, including pensioners and carers are being pressured into signing up for overpriced solar systems. Some are paying almost double the amount they should be.

A salesman from a company called Grand Group visited Murrurundi resident Jon Russell at his home last year. Mr Russell is the full-time carer for his friend Lisa Smit, who cannot work and who lives with several medical conditions.

The friends installed a small solar system on their property in 2016, but the salesman told them they’d save more money by upgrading.

Ms Smit needs 24-hour air-conditioning, which means high bills, so the friends decided to invest in extra panels. They agreed to an additional 3.3kW system last year, but the paperwork he received from the company didn’t detail how much the system would cost in the long run.

The friends are paying $103 each fortnight and will have to do so for four years. Mr Russell said if they’d known how much the system would cost that they wouldn’t have signed up.

The total cost for the system is $10,500, more than twice the going rate, and the payments go through finance company Brighte Capital.

Mr Russell said that the salesman made it sound like a great deal, with much better panels than their older ones, but research by ABC found that their system should have cost no more than $5,000.

Mr Russell’s neighbour Russell Griffiths almost had a similar experience with Solar Experts, but when the pensioner realised he was being charged almost double the amount he should be paying, he cancelled his installation. Mr Griffiths believes his neighbour has been ripped off and that the installation companies took advantage of his age and his neighbours’ vulnerability and is worried about other people falling prey.

Brighte Capital said that choosing a Brighte zero per cent interest payment plan should not mean they pay more than they should.

The company has zero tolerance for vendor misconduct and has a Code of Conduct, as well as contractual arrangements, complaints channels, robust accreditation processes and ongoing reviews and monitoring. However, Brighte doesn’t set the pricing or commission structures for third-party suppliers.

Solar Experts told ABC that Mr Griffith’s system was worth $7,500 and that after he complained he could buy it outright for $5,900. The company denied that it targeted pensioners and that it had many satisfied customers.

Grand Group, which sold Mr Russell and Ms Smit their system, said it used independent contractors who received commissions that were in line with market rates.

The salesman in this instance received $4,180 in commission and the cost of the system was similar to other companies’ rates. At no time, the company claims, was it or its contractors aware that Mr Russell was in receipt of a carer’s pension.

The company also said it conducted enquiries to make sure that the friends could afford the payments and that there were no complaints about the arrangement.

Consumer advocates are calling for change

In September, the Clean Energy Regulator (CER) released a review of the rooftop solar sector. This review recommended an overhaul of the way retailers and installers are accredited, but made no recommendations about buy now, pay later finance deals or sales practices.

Karen Cox of the Financial Rights Legal Centre believes the review should have gone further and addressed the issue of aggressive sales, as well as recommending BNPL finance for solar systems. There is, she added, an enormous discrepancy in costs and said that she’d seen a number of cases where consumers had no as to the eventual cost of their solar panels.

In some examples, customers ended up paying $20,000 for a $13,000 system and that there is often no assessment of the customer’s ability to pay.

Customers seemed to be happy with the level of weekly or fortnightly payments, but weren’t aware of how long these payments would go on for and mount up to in the long run.

Ms Cox says she wants a national ban on door knocking and also for BNPL arrangements to face the same regulation as credit arrangements such as smaller bank loans.

Mark Williamson of the CER said that the review’s recommendations would help to weed out unscrupulous installation companies and that a ban on door knocking would stifle the growth of solar and other renewables and that BNPL has been reviewed by the Australian Competition Tribunal and a parliamentary enquiry.

One big change coming is that solar retailers and installers must sign a written statement guaranteeing the performance of every system they install. If they can’t deliver on this guarantee, they’ll be ousted from the federal scheme.

This legislation will make it easier for consumer bodies to take action against bad operators.

The Australian Finance Industry Association (AFIA), which represents BNPL companies, said its industry has strong consumer safeguards. All consumers are checked – at the start of and throughout arrangements, to make sure the agreement is suitable and sustainable and that BNPL should mean buy now, pay more.

Tasmania solar installer Adrian Luke says that door knockers and finance companies are a big issue for the industry. When there’s a door-knocking campaign in his area, his company will get up to six calls a day from people worried about a vulnerable friend or relative who’s been signed up to a suspicious-looking deal.

Sometimes, he says, he’ll review the deal to find out the person has been signed up to a product that costs double what its worth. Mr Luke believes that door knockers are picking on the elderly and the vulnerable and that the Clean Energy Council is too soft on its members and that its approved solar retailer programme is little more than a marketing tool with no real power.

CEC chief executive Kane Thornton denies that his organisation is toothless and that it took strong action against wrongdoers. On 2021 alone, he said, the CEC had received 300 complaints and that each one is reviewed and investigated, with more than 25% resulting in some form of action.

Consumer organisations and the Australian Securities and Investments Commission (ASIC) are, says Mr Thornton, the right bodies to monitor the solar sector and BNPL.

Although Australia is leading the world in terms of solar and storage uptake, consumers claim there’s little help when things go wrong.

An ASIC spokesman said that consumers can protect themselves by taking their time and carefully checking the terms of any financial agreement they’re about to enter into. This applies to all sectors, says ASIC, not just solar, although the body is aware of issues within solar.

Origin Energy, one of Australia’s biggest energy companies, has also been accused of poor sales practices.

Paula Searle’s husband Jaysen was severely injured in a cycling accident in 2017 and needs round-the-clock care. Mr Searle needs constant air conditioning, vapourisers and other electrical equipment, so when the couple moved house in 2019, they made going solar a priority to reduce their bills.

Ms Searle told the solar salesman that they needed a modest system that she could pay off comfortably with her carer’s pension – $50-60 per month with a payback period of five years.

However, when the company returned to install the system a few weeks later, it used a different, bigger system and Ms Searle found she’d been signed up to Solar Flex, a finance arrangement offered by Origin Energy at that time.

This system and arrangement were set to cost the couple $120 a month for 15 years, with the system being worth around $10,000. Ms Searle managed to negotiate an easier payment plan, but still owed $7,000 for the panels.

Now Ms Searle says she needs to get rid of the system because it’s simply another large bill that she’ll have to pay each month for 15 years.

Origin Energy said that it was trying to resolve the situation and that the company makes sure it delivers solutions that are right for each customer’s needs. It also makes sure that its customers understand what they’re buying before they enter into any commitments.

However, in the Searles’ case, Origin agrees that it didn’t meet its own standards so the company is looking to resolve the problem.

Ms Searle says she doesn’t want anyone else to have a situation like hers and that she’s throwing away too much money on a product she didn’t actually order.

Australians Moving to Batteries as Their Feed-in Tariffs Fall
November 18, 2021