Who Is Sonnen? A German Energy Giant 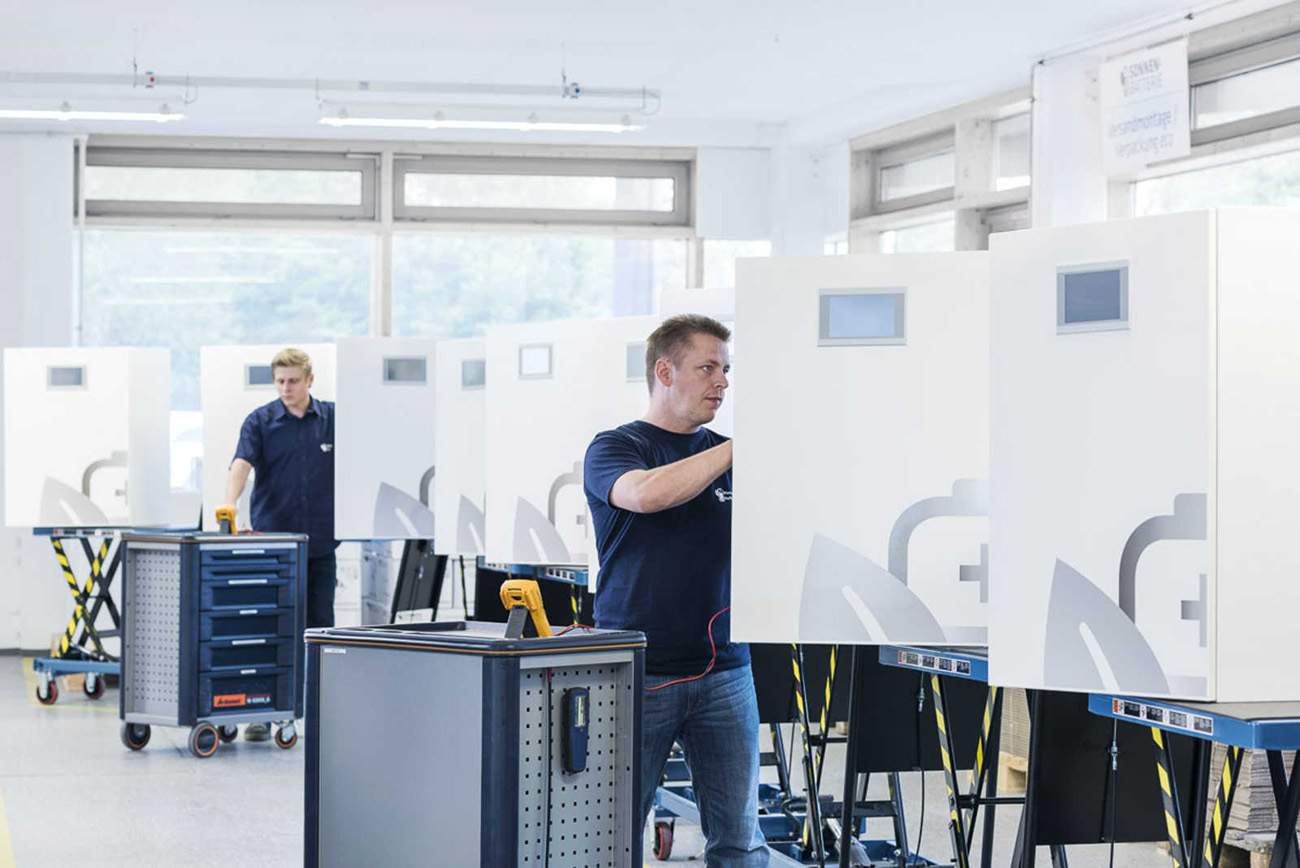 Sonnen GmbH (to give it its full name) is a German energy company that’s headquartered in Wildpoldsried, Oberallgäu. The company makes energy storage systems for small businesses and households.  It’s seen as Germany’s market leader, as well as being a big player in international markets and Sonnen also is the centre of a renewable energy community.

Founded in 2010, the company’s original name was PROSOL Invest Deutschland GmbH. The name was changed to Sonnenbatterie GmbH in December 2013 by shareholders as the company wanted to include the name of its products and prepare to enter international markets. Sonnen is the umbrella idea and identity under which all company activities are carried out.

The company developed its first home solar batteries between 2008 and 2010; these first batteries, aimed at homeowners, went to market in 2011 as sonnenBatterie. By the middle of 2016, eight generations of battery had been developed and sold, mainly in Germany, but also in Austria, Switzerland, the UK and Ireland, Slovakia, Czech Republic, Italy, Netherlands, Sweden, Norway, the US and Australia.

In November 2015, Sonnen announced that it was to start up a power-sharing community in 2016. This community enabled battery users to share power between them and since September 2016, Sonnen users can buy electricity at a preferential, flat rate.

Use what you make

Most home storage systems increase the amount of self-generated energy that’s used. Households with just solar panels can still rely on the grid for between 45% and 70% of their electricity. With home storage, however, electricity from the grid falls to as low as 20%.

Since launching, Sonnen has designed its batteries to be used as a fully-integrated system. The batteries have integrated inverters, power management units, meters for usage, generation and feeding to the grid. In addition to the sun, the sonnenBatterie can take energy from smaller wind turbines, heat pumps and other power plants.