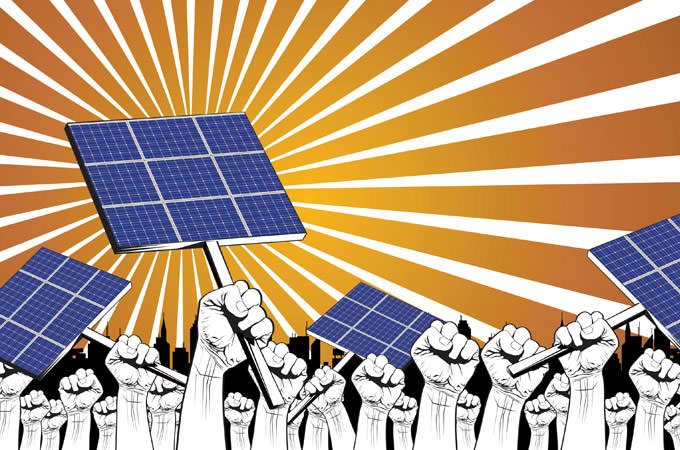 The world is still coming to terms with the fact that Donald Trump will become the US president next January, and this includes the solar power industry.

America might feel like it’s far away, but where it goes, most places tend to follow, and if a Trump presidency spells trouble for solar, this could hit Australia too.

The Donald has previously claimed that climate change is a hoax, wind turbines kill eagles and that solar panels are too expensive. How will this translate in the real world, though?

Solar power is much cheaper than it was

Solar power has previously been tagged as being so expensive that it needs government subsidies merely to survive, but this isn’t true anymore. Solar energy has, especially in Central and South America, become cheaper than fossil fuel. This means it’s newly attractive to energy regulators who are bound to buy the cheapest forms of energy – they can’t just buy fossil fuels, despite the oil and gas lobby. Even if DT wants to go on believing that climate change is a hoax, as a businessman, he’ll won’t be able to resist that great bottom line.

He doesn’t have a say

It’s actually the individual US states that decide which forms of power they invest in and develop – again, this process is run like a business, regardless of environmental issues. If a state decides to invest in solar arrays, no-one’s going to stop it. Plus that, if Trump really wants the US to become a bit more self-reliant, what better way is there to do this than soaking up its own sunshine?

Almost four fifths of the US electorate want more emphasis on and investment in solar, with just 9% wanting less emphasis on it. To compare, just 28% of the electorate wants more emphasis on coal. Even among Republicans, 70% want more solar. The numbers speak for themselves. In addition, the solar industry employs more than 200,000 people in the US, most of them blue-collar workers, and the industry is growing at 12 times the rate of the rest of the economy.

The Donald may end up softening his stance on solar and actually leading the way!